I am reading this book for a book group I just joined and had to share this one: 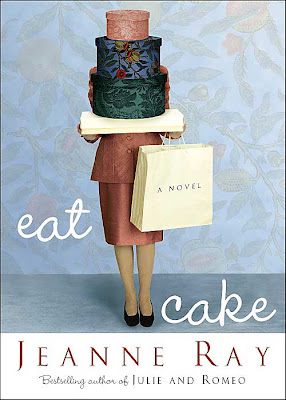 I held four chicken breasts in my cupped hands. I stared into the cold, translucent flesh, wondering how I could make them sing. I got tired of cooking dinner. Everybody gets tired of cooking dinner. There's too much responsibility. Did we eat this last week? Is this good for you? Is it balanced, is it green, will he like it, will she eat it, do I have the right ingredients, enough time, will this new recipe fail me? Camille wouldn't eat red meat anymore and had recently informed me as I set a plate of chops on the table that pork, so widely advertised as "the other white meat," was in fact as red as a flank steak. "Pigs are more intelligent than dogs," she said. "Why don't we just eat Benjy for dinner?" Lately she had been talking about giving up chicken and fish, maybe even becoming a vegan, which would reduce me to coming up with fascinating ways to cook broccoli every night without benefit of cheese sauce. My mother clipped chilled-salad recipes from women's magazines and taped them onto the refrigerator to voice her own preferences. Sam was deeply suspect of anything that he hadn't eaten before and had been known to pick dishes apart until he could clearly identify each of their elements. Wyatt, my vacuum, the only truly brilliant eater in the family, was a junior in college and enjoying the deep, hot wells of cafeteria food that could be ladled onto a tray. As for me, I couldn't have cared less. I think I would have been happy with a carton of lemon yogurt every night if it meant I didn't have to cook. Dinner, I think, would be fascinating if I only had to do it once a week. Dinner could be riveting if there was a way to make it cake.

I washed the chicken breasts and stripped out their tendons with pliers. As I was beating them flat between sheets of wax paper I started thinking about making a carrot cake. I had plenty of carrots. I had been planning on making glazed carrots for dinner but there was no reason why I couldn't shred them instead. My family tended to grumble when there was too much cake in the house. As a rule, they liked to see cakes go right out the door, to school bake sales, to sick friends, for someone's birthday. When Camille's friends came over they told her she was lucky. "My mom wouldn't know how to bake a cake if you threw a box of Duncan Hines at her," her friend Becca said as she lobbed off a hunk of chocolate chiffon, but Camille only snarled. Still, if I made the carrot cake without frosting, if I put a minimal amount of sugar in it and baked it on a sheet pan so that I could slice it into squares, I could practically pass it off as cornbread.

For some reason, I can totally relate.

Posted by The rlmmmmcaress family at 12:16 PM